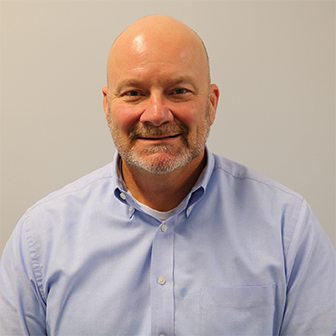 As vice president, Todd has responsibility for all engineering, applications, and sales functions.

After separating from active duty in the U.S. Naval Reserve, Todd worked as a project manager for ADS Environmental, leading critical staff on major environmental projects including the Clean Up of Sydney Harbor (Australia) and Boston Harbor cleanup projects. Todd then went on to work in sales and engineering for major chemical pump suppliers, including Liquiflo Equipment, Alfa Laval, and Blackmer, as well as serving as sales director for the Dover Pump Solutions Group.

Todd's focus has always been on solving complicated environmental problems by providing a solutions-based approach and integrating technologies that provide the least complicated, longest lasting, and most cost-effective solution to the problem. 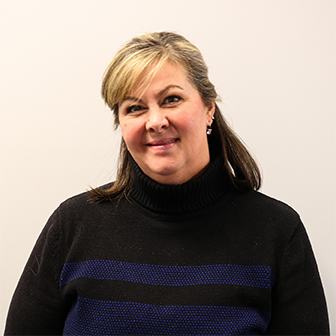 Kari came to Eastern Reliability from AAA, where she worked her way from customer service to managing various branches encompassing many competencies that all had to work together to provide 100% customer satisfaction.

Kari is responsible for processing all orders and working directly with customers and manufactures. Her attention to detail, customer service background, and technical skills uniquely qualify her to tie quotes, POs, and drawings together to ensure all processes move smoothly. Kari's responsibilities include working closely with sales, engineering, customers, and manufactures.

Kari holds a Bachelor of Science from Rochester Institute of Technology. Outside of work, Kari enjoys spending time with her children, the outdoors, gardening, and working with her novelty business "Choose Happiness!"

Inside Sales and Applications Engineer 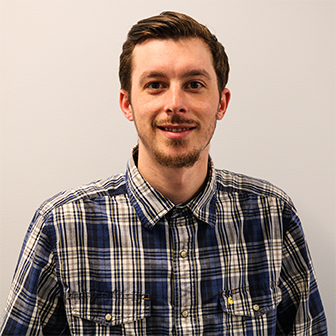 As Inside Sales and Applications Engineer, Jay has full responsibility of all engineering integration and quoting deliverables. Jay joined Eastern Reliability in 2018 and has more than 5 years of experience in mechanical engineering, estimating, project management, and real estate salesmanship. Jay's expertise in engineering and sales have been a great asset to the overall success of Eastern Reliability after it was acquired by the Liberty Group in 2018.

After graduating from the University of Massachusetts Dartmouth with a Bachelor of Science in Mechanical Engineering, Jay worked as a Mechanical Engineer II for General Dynamics Electric Boat, leading the development of a new section of the VIRGINIA class submarines. Jay then went on to work as an assistant estimator and project manager for Costa Brothers Masonry. During this time, Jay also acquired a real estate salesperson license in Massachusetts. Jay has gained valuable engineering and sales skills from the three disciplines of work established.

Jay's focus has always been on solving complicated engineering problems by providing a creative and effective approach to all applications and situations. His experience and problem-solving abilities will help you resolve any of your company's most complicated chemical and industrial storage, instrumentation, mixing, transfer, and piping component requirements. 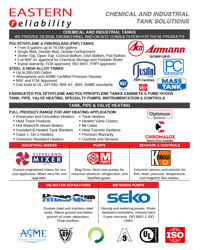